What Does 'Eighty-Six' Mean?

It comes from 1930s soda-counter slang meaning that an item was sold out.

Eighty-six is slang meaning "to throw out," "to get rid of," or "to refuse service to." It comes from 1930s soda-counter slang meaning that an item was sold out. There is varying anecdotal evidence about why the term eighty-six was used, but the most common theory is that it is rhyming slang for nix.

Slang terms come from a wide variety of sources; the military, the newsroom, and the arts have all proved to be exceptionally fertile grounds for the creation of new words. One of the less-likely sources is soda-jerks ("a person who dispenses carbonated drinks and ice cream at a soda fountain”), but even they are responsible for some contributions. Perhaps chief among these is eighty-six. 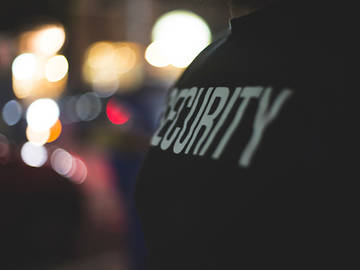 A tale of etymology and egg creams.

At the Lunch Counter

A Hollywood soda-jerker forwards this glossary of soda-fountain lingo out there … “Shoot one” and “draw one” is one coke and one coffee … “Shoot one in the red!” means a cherry coke … An “echo” is a repeat order. “Eighty-six” means all out of it.
— Walter Winchell, Courier-Post (Camden, NJ), 23 May 1933

When a soda popper says the tuna fish salad is eighty-six, he means there isn’t any more.
— Will Cuppy, The New York Herald Tribune, 21 Dec. 1941

First appearing in the early 1930s as a noun, eighty-six (which is also written as 86) referred to an item at a soda fountain, or lunch counter, that had been sold out. It did not take long for the word to broaden its use beyond the realm of the soda counter.

Carbon cats are musicians who purloin ideas….And, if after hearing you, they say “Eighty-six” that means you’re positively no good!
— Justin Gilbert, The Bergen Evening Record, (Hackensack, NJ), 1 Apr. 1939

In the 1950s the word underwent some functional shift, and began to be used as a verb. The initial meaning as a verb was “to refuse to serve a customer,” and later took on the slightly extended meaning of “to get rid of; to throw out.” The word was especially used in reference to refusing further bar service to inebriates.

Little Winnie and a couple of frisky classmates were tripping up lady customers and such when they were “eighty-sixed” by the Stork Club of the ice cream and cookie league. “Well,” Bobo said philosophically, “it wasn’t really one of the Schrafft’s chic branches.”
— Shamokin News-Dispatch (Shamokin, PA), 9 Jun. 1958

Saloonkeepers in bygone days, on observing a patron becoming intoxicated from drinking hard liquor, sometimes switched his drinks to 86-proof liquor, The practice was described as “eighty-sixing” the patron, and this is probably the source of the verb used today to describe the cutting off of service to a patron by a bartender.
— The Minneapolis Star (Minneapolis, MN), 7 Jun. 1972

It should be noted that, despite the fanciful story given above, the etymology of eighty-six is unclear. The more common explanation is that the word came about as rhyming slang for nix. Following the application of the verb to drunks, eighty-six broadened its meaning further to include meaning “shut out,” or “rejected.”

But he was "eighty-sixed" - cut off - from club activities for a while after someone spiked his drink with drugs and "I went berserk.”
— Gary Oakes, Toronto Star (Toronto, Can.), 11 Nov. 1986

The buzz in the book biz is that the Doubleday project "Listening to Philip Johnson" has been silenced, as in killed, kiboshed, eighty-sixed.
— Michael Fleming and Karen Freifeld, Newsday, 31 May 1989

Among the most recent senses adopted is a logical extension of the previous ones, with the meaning of “to kill.” We do not enter this sense, due to its relative recency and sparseness of use.

"I hate to see the guys always getting eighty-sixed," she said, using military jargon for killed in action. "Not fair.”
— John Kifner, The New York Times, 3 Feb. 1991

The most common meaning of eighty-six encountered today is the one that is closer to its service industry roots (“to refuse to serve a customer”). Given how many meanings the term has picked up in less than a century of use, however, it’s anyone’s guess as to what meanings it will pick up in the decades to come.